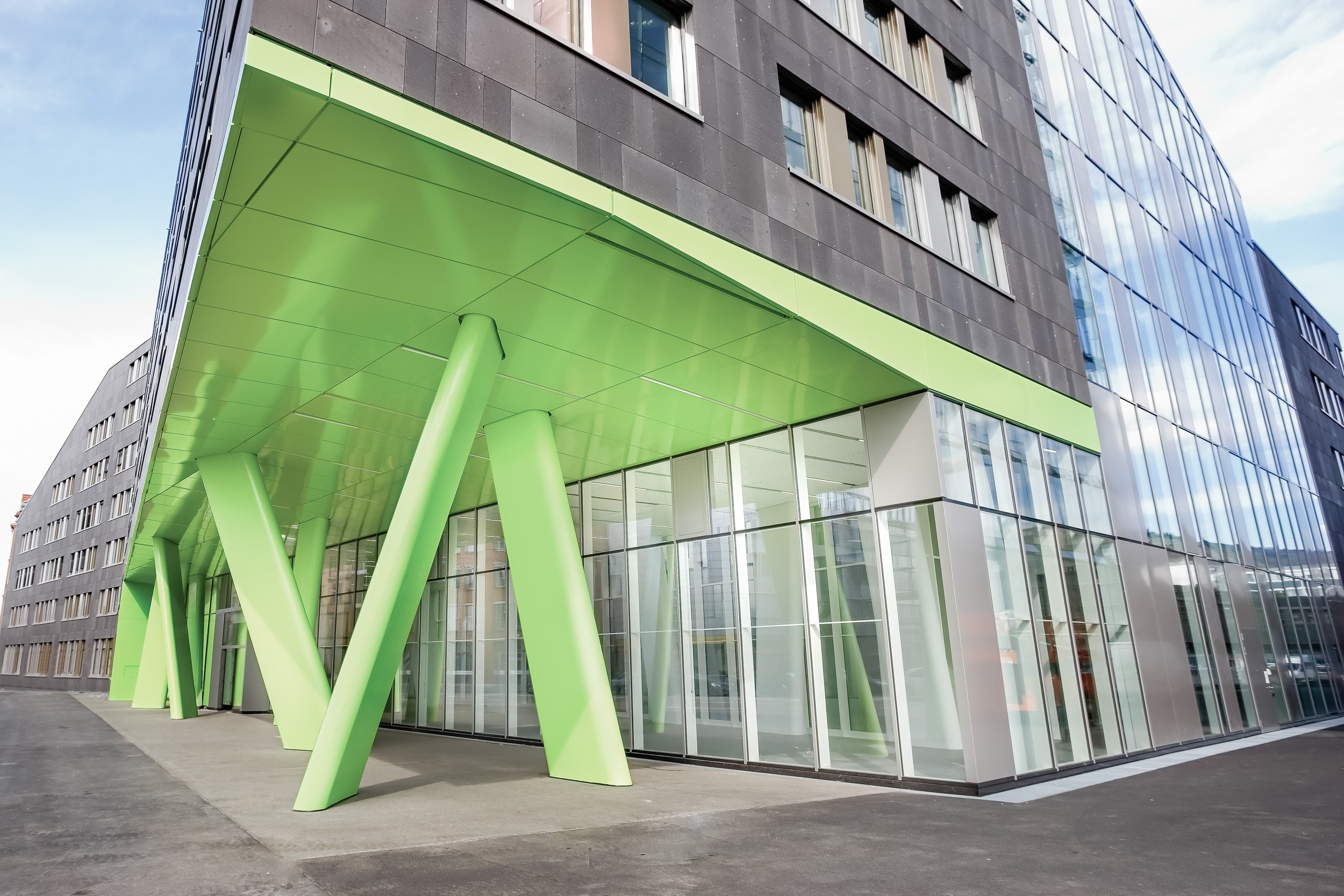 The Office Real Estate rental market in 2020 was dominated by the economic impact of the Corona crisis due to the lockdown of the economy as well as the associated planning uncertainties. For example, office take-up in Germany’s top 7 locations (Berlin, Düsseldorf, Frankfurt, Hamburg, Cologne, Munich, Stuttgart) slumped by around 36 % year-on-year in the course of 2020 and stood at just 2,5 million m² at the end of 2020. This was the lowest value for more than ten years. In 2019, office space take-up was still around 3,9 million m².

Despite the high decline in turnover, the vacancy rate remained at an overall low level last year. Across all top 7 locations, it rose by only 0.6 percentage points to 3,5 %. In Düsseldorf, a slightly improved rate of 6,9 % was even observed at the end of 2020 (2019: 7 %). As in the previous year, Berlin (2,1 %) and Munich (2,3 %) continued to have the lowest vacancy rates, followed by Cologne (2,9 %), Stuttgart (3,1 %) and Hamburg (3,5 %). Düsseldorf and Frankfurt (7,3 %) continued to have the highest vacancy rates. In 2021 and 2022, according to current forecasts, further space with a size of around 3,5 million m² is expected to come onto the market. The pre-letting rate is only around 55 % and thus significantly lower than in the previous year (65 %). The development of space supply and vacancy rates will also be significantly influenced by the further effects of the COVID-19-pandemic.

Rental prices were comparatively resistant in the top 7 locations in 2020. In Munich (+9 %), Frankfurt (+7 %), Berlin (+4 %) and Stuttgart (+1 %) average rents even increased, while in Hamburg (–1 %), Cologne (–1 %) and Düsseldorf (–3 %) only slight decreases in average rents were observed. Top rents also remained largely stable with slight increases. At 28,60 euros/square metre/month, the highest average rents continued to be realised in Berlin. Likewise, Frankfurt remained in first place in terms of the top rents to be realised, at 45 euros/square metre/month.

Parallel to the decline in turnover in letting, the 2020 investment market was not unaffected by the economic distortion. After a new record in transaction volume was noted in 2019, the year 2020 ended with a transaction volume of only EUR 29.9 billion – a decline of around 27 % compared to the previous year. The Office asset class was again able to secure the top position in transaction activity with a share of around 65 %.

With Hamburg (+24 %) and Düsseldorf (+4 %), only two of the German top 7 locations were able to exceed their previous year’s results with volumes of around EUR 5.4 billion and around EUR 3.4 billion respectively. In Frankfurt, a transaction volume of around EUR 6.5 billion was still recorded, which represented a decline of “only” 14 % compared to 2019. The reason for the comparatively moderate decline in the Main metropolis was several large transactions in the fourth quarter of 2020, including the acquisition of the “Silberturm” in Frankfurt’s station district for around EUR 630 million. The locations Berlin (–34 %), Stuttgart (–41 %), Cologne (–45 %) and Munich (–53 %), on the other hand, had to struggle hard with the effects of the pandemic-related uncertainties on the market. Despite the sharp decline, Berlin again took the top spot in the volume ranking with a total volume of around EUR 7.4 billion, followed by Frankfurt and Hamburg.