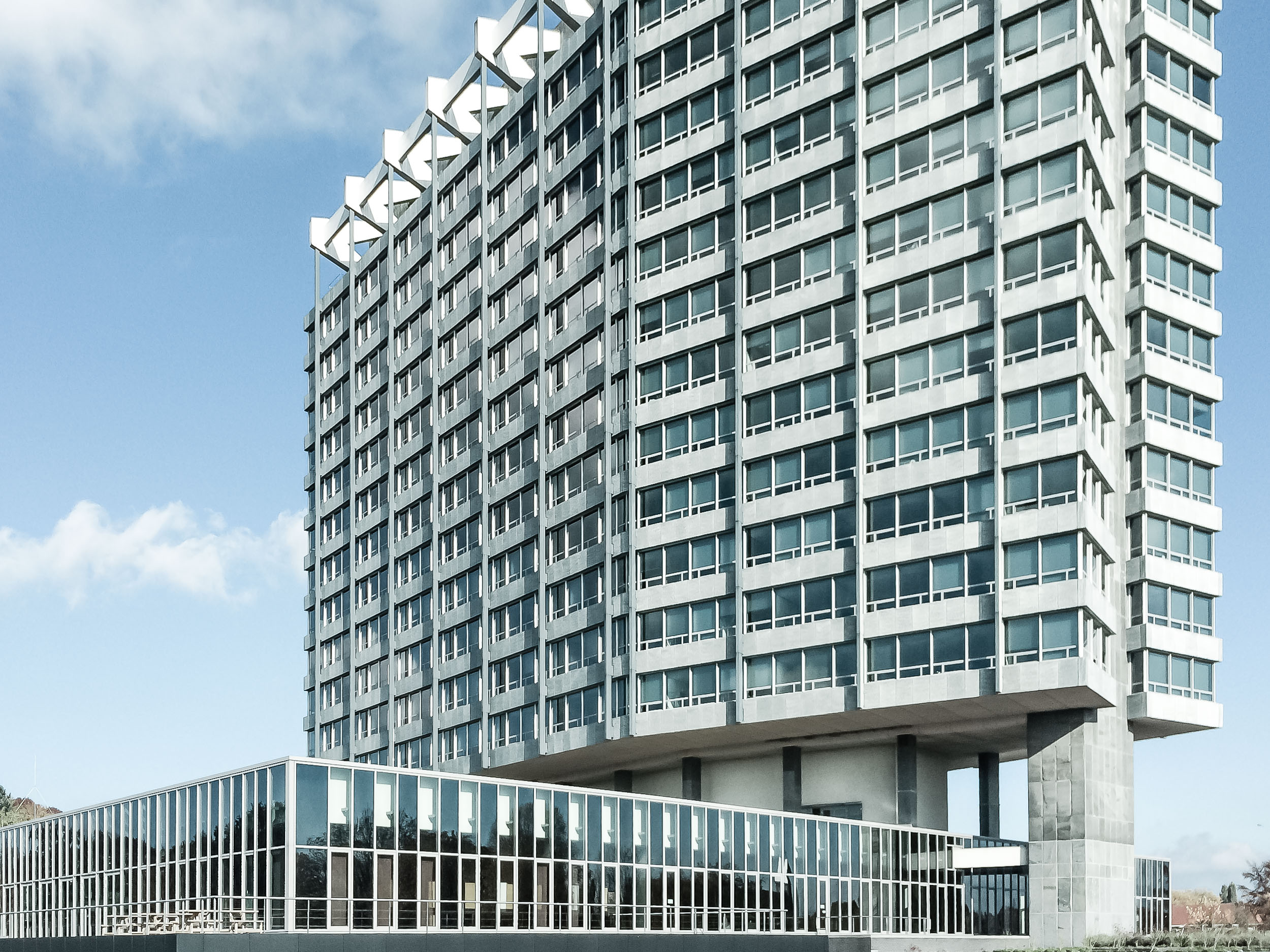 The fund real estate was completed in 1964 and completely converted and refurbished in 2004/2005. The building consists of a high-rise section with 13 floors, which houses offices and conference rooms, and a two-storey entrance section with a flat roof, which houses the reception hall and cafeteria, among other things.

The property was built on a 21.120 m² plot and has around 27.029 m² of lettable office space. Of the lettable space, around 8,300 m² is in the flat entrance building section and the remaining around 18.700 m² is in the high-rise section. In addition, there are 550 parking spaces on a separate 12.515 m² plot. This car park is located opposite the main entrance.

The fund object is conveniently located northwest of Eindhoven city centre on the Boschdijk transport axis, which connects the suburb of Best with the city centre. To the east of the fund property is a residential area, and to the northwest are wooded areas. The main railway station and the city centre are around 3 km away and can be reached by car in around ten minutes. The regional airport Eindhoven Airport can be reached in about ten minutes by car. Mainly low-cost and charter airlines take off from there. Schiphol International Airport is about 125 km away. 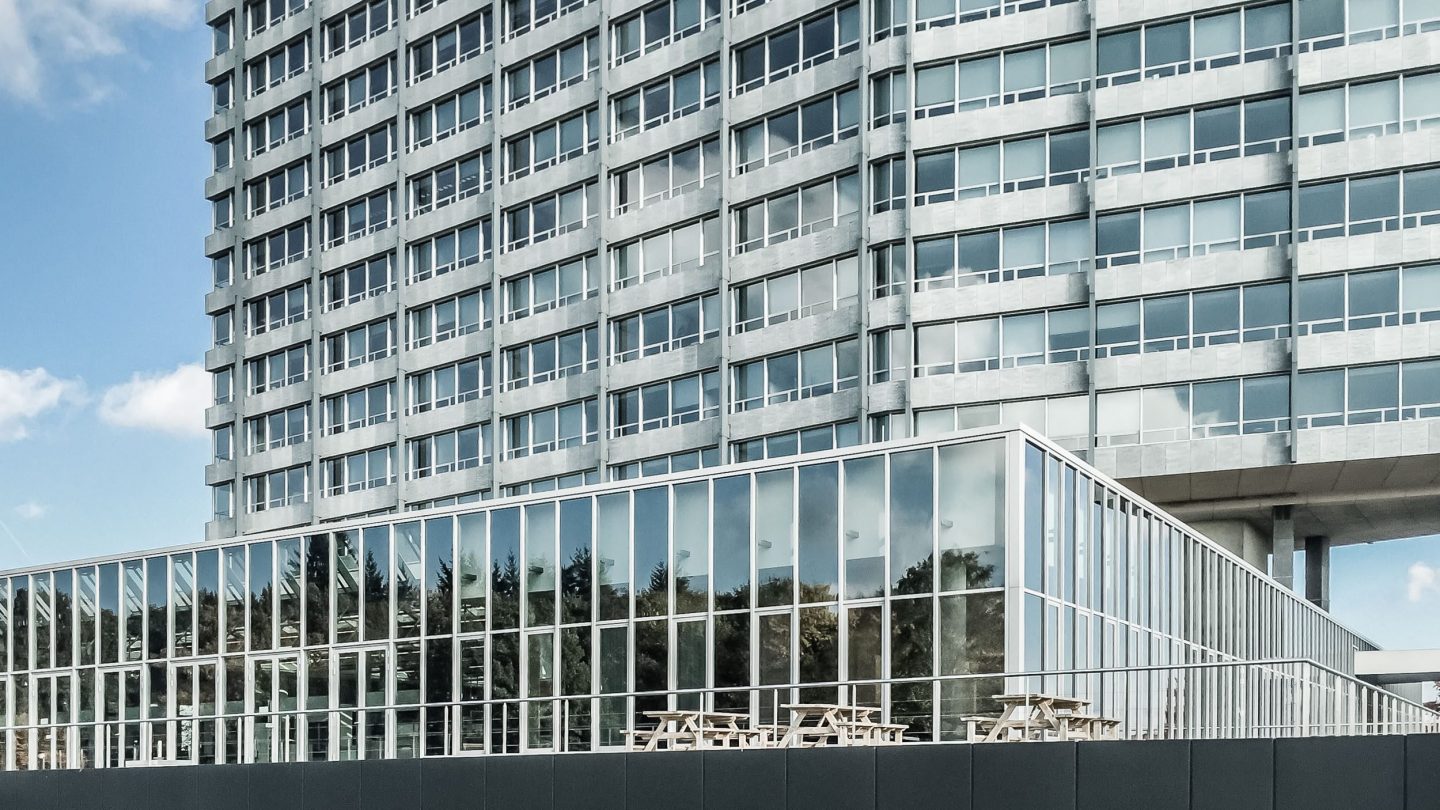 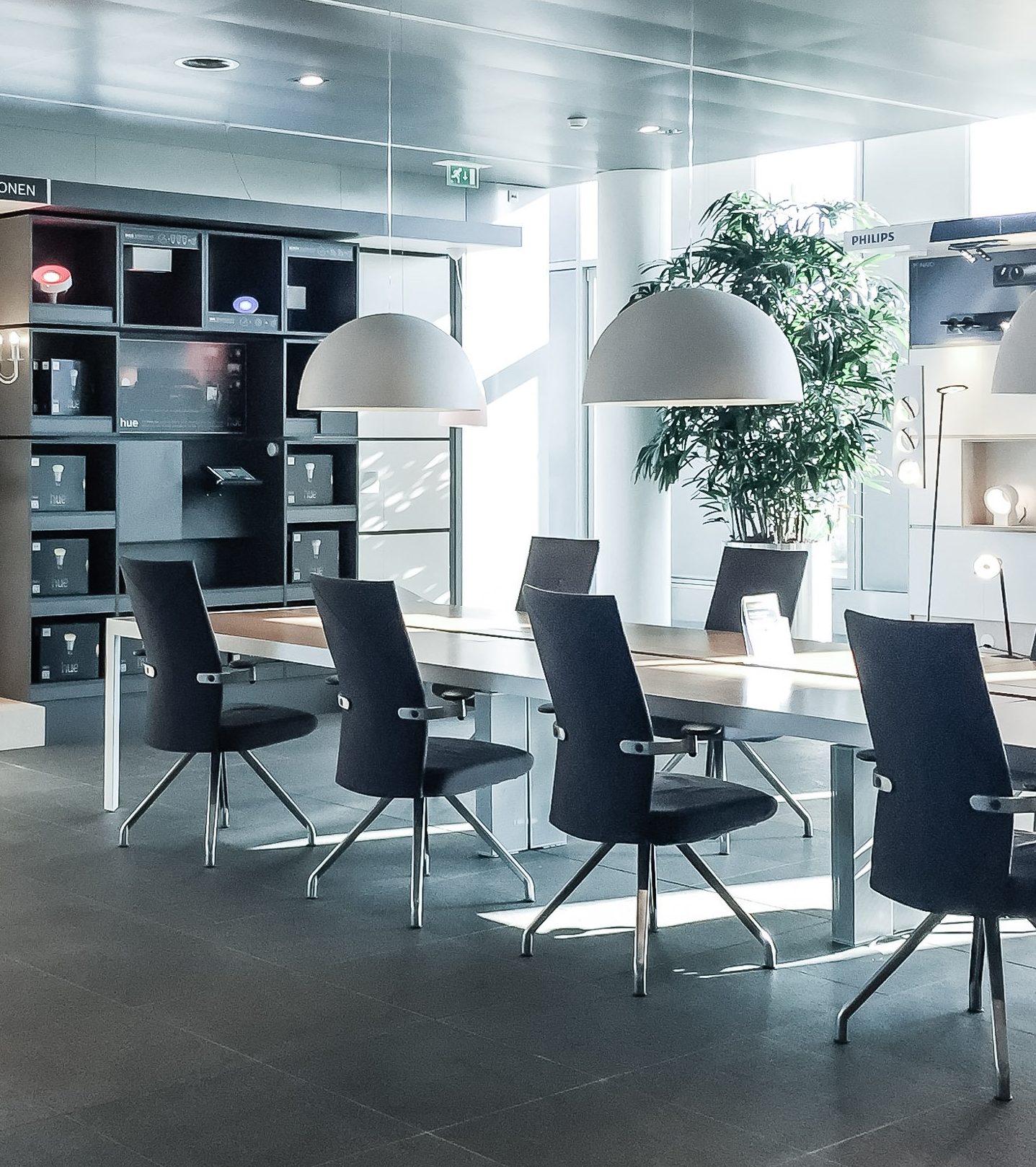 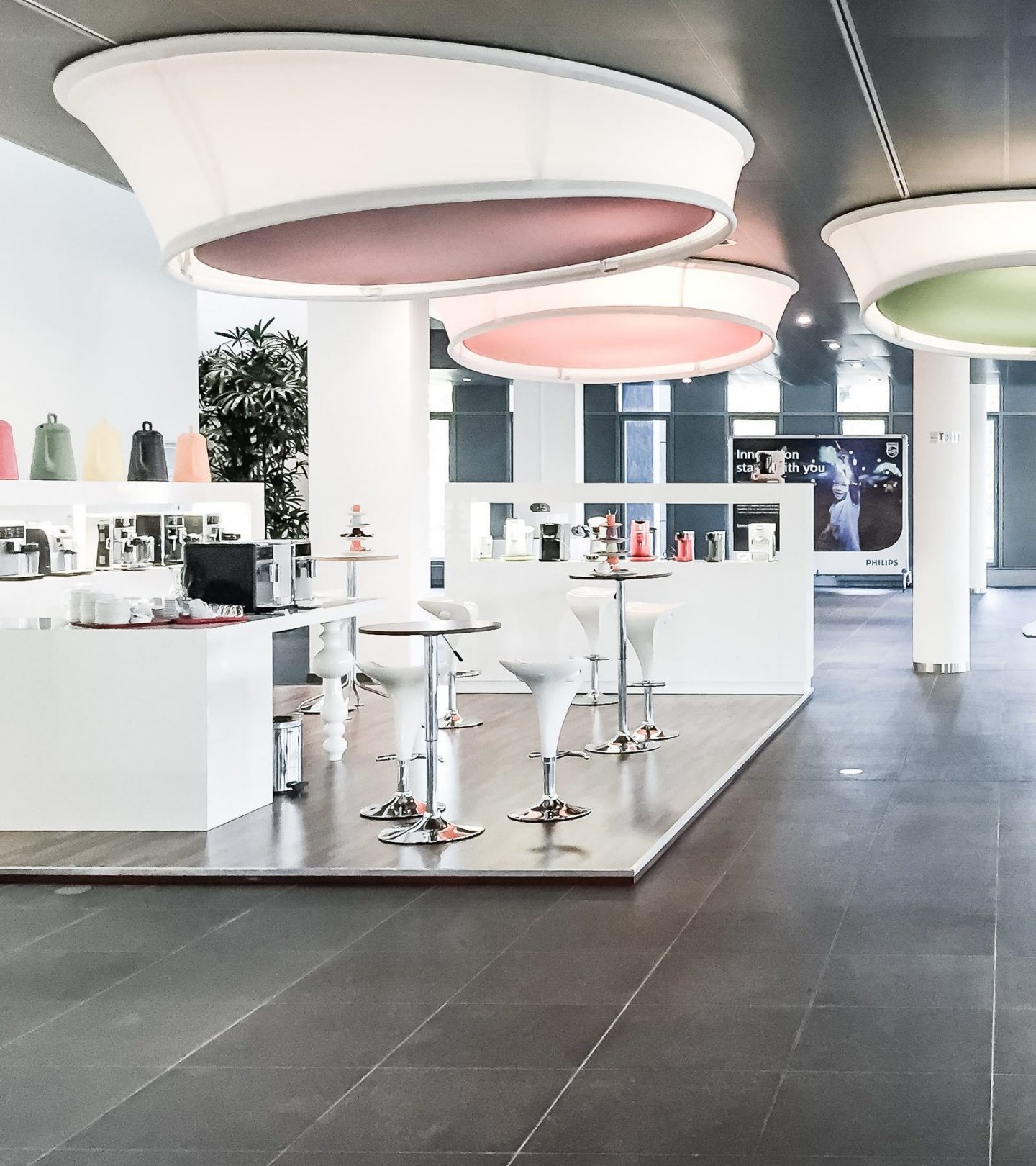 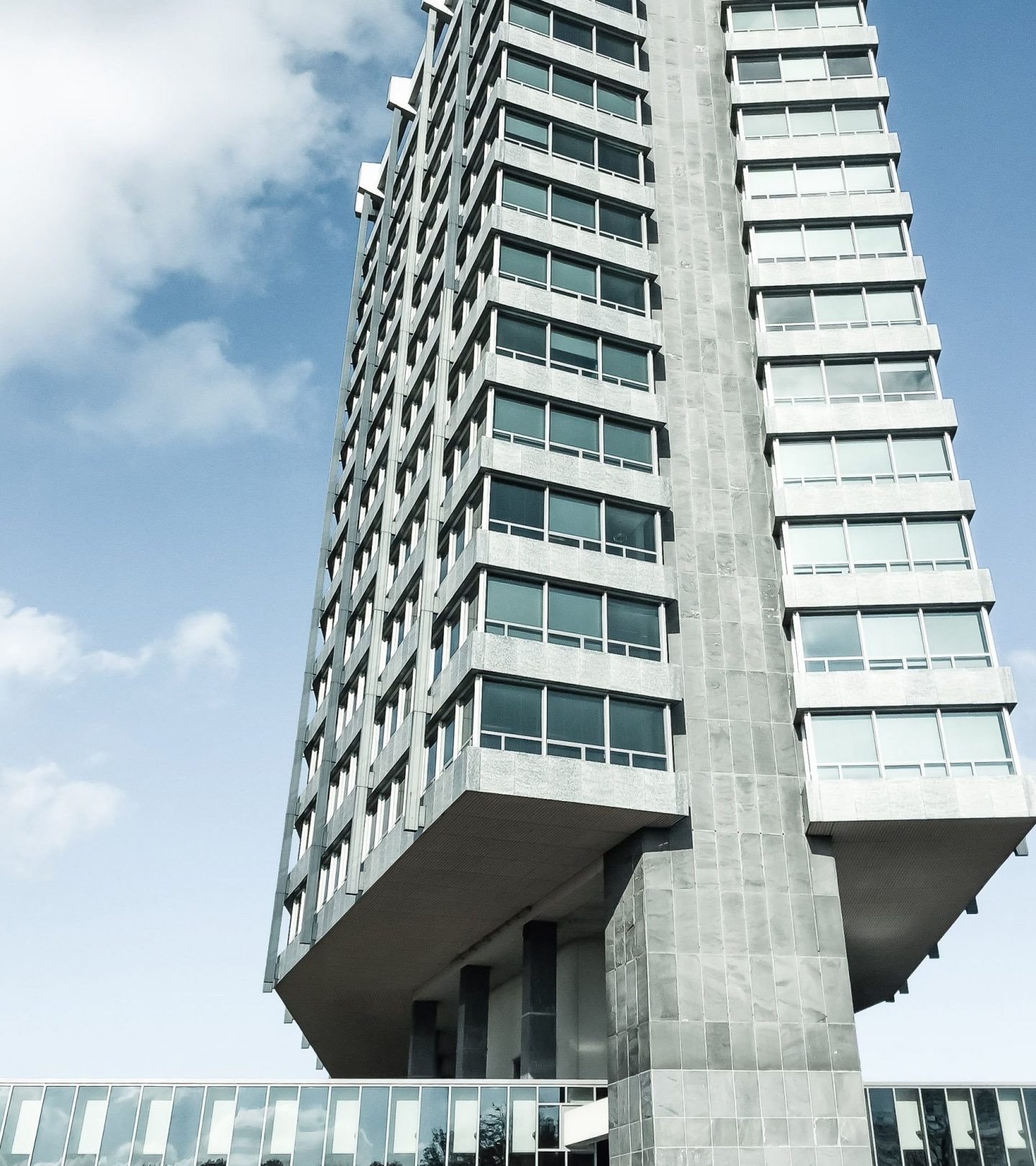